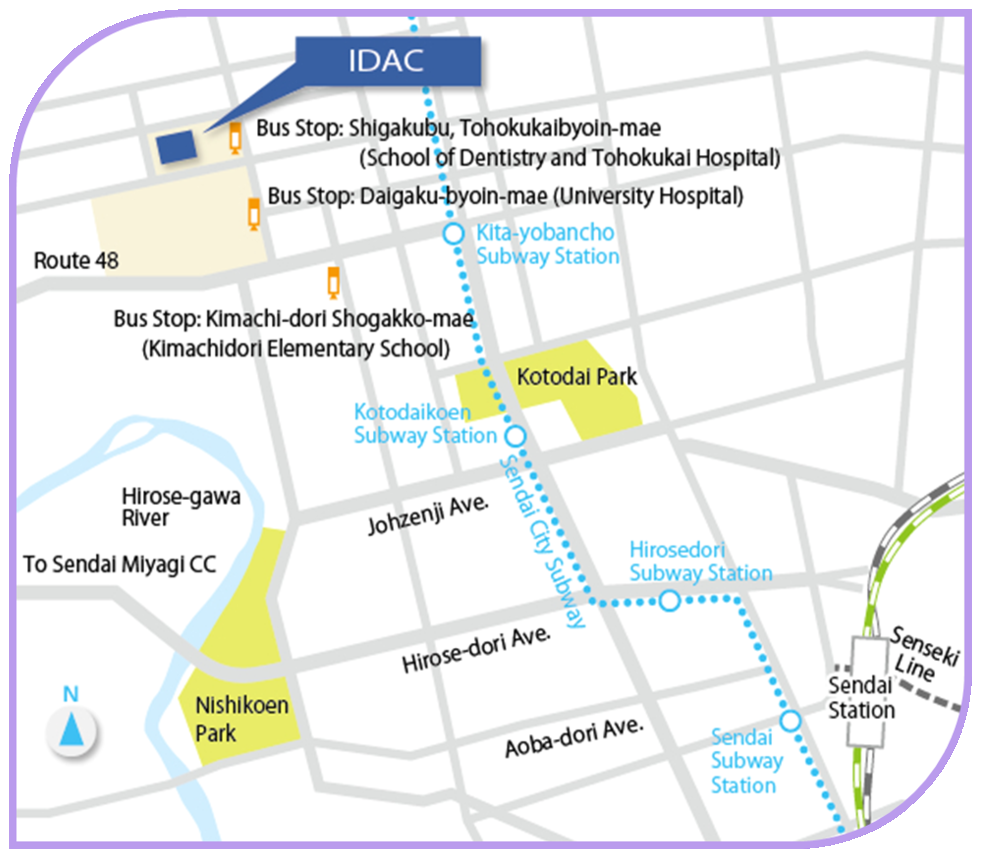 Proceed to the bus terminal right outside of Sendai Station and head toward bus stop #25. Board the Sendai city bus #899 to Shiheimachi/Kitayama-Jyunkan. Stay on the bus for around 20 minutes, then disembark at the stop labeled “Daigaku-Byoin-Mae”. This bus stop is directly in front of the Tohoku University Hospital. Head north for around 5 minutes to reach IDAC. The city buses run in 20 minute intervals.